‘...and the sky didn’t fall down’: The Irish Experience of Prisoner Enfranchisement.

Prisoner voting is one of the foremost issues currently faced by Scottish penal reformers and policymakers. Scotland is an international outlier, as it is one of the few European countries to maintain a blanket ban on convicted prisoners voting.* The recent report from Scotland’s Equality and Human Right’s Committee called on the Scottish Government to legislate so that all prisoners, regardless of sentence or crime, have the right to vote. Dr Cormac Behan, a leading expert on prisoner voting, will speak about the international practice in relation to prisoner voting and using the example of Ireland, where all prisoners were given the right to vote in 2004, he will reflect on the Scottish case.

Dr Behan is a Lecturer in Criminology in the Law Department at the University of Sheffield, prior to which he taught political education and history in Irish prisons for 14 years. He was recently invited to give oral evidence to the Equalities and Human Rights Committee of the Scottish Parliament in January of this year.

This is a ticketed event. Tickets are available through Ticketsource

There is a small charge of £2.50 per ticket for Non-Members and £1 for Non-Member Students.  There is no charge for tickets for paid-up Members of Howard League Scotland or for School Students. The money from tickets will contribute to the costs of this event.
Avoid the cost of a ticket for this and future events, Join Howard League Scotland now. Membership is only £20 or £5 for students.

*Prisoner voting rights in the Council of Europe 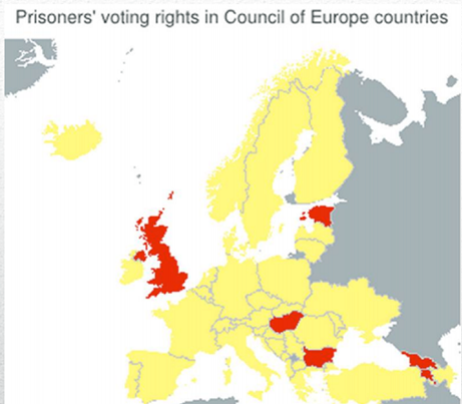