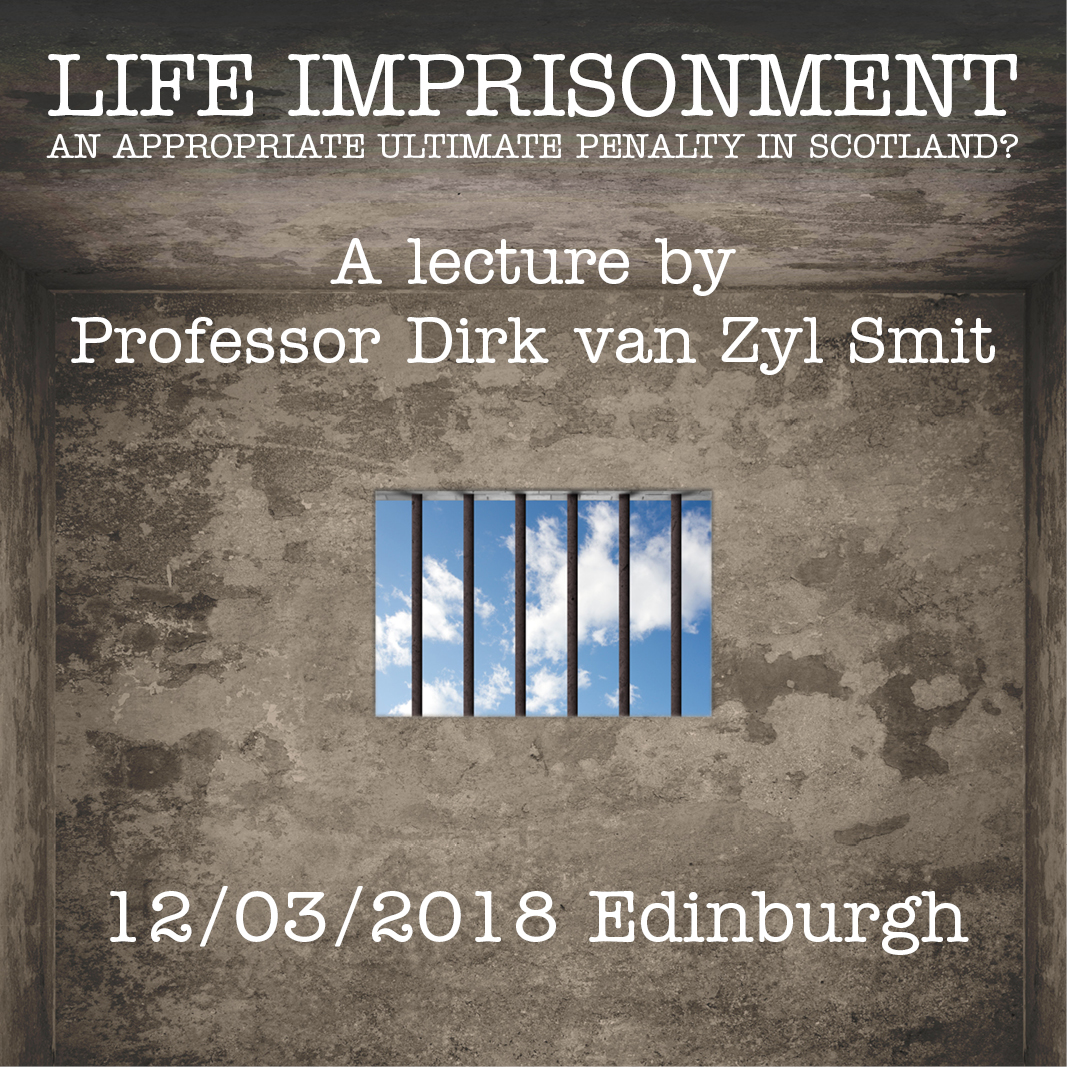 Since the effective abolition  of the death penalty,  life imprisonment has been the ultimate penalty in Scotland. Life imprisonment is controversial, on the one hand, because Scots courts cannot issue whole orders to ensure that life sentenced prisoners are never released . On the other hand, the relative number of persons serving life sentences in Scotland is already amongst the highest in Europe.  This lecture questions whether life sentences from which offenders may never be released are human rights compliant. It also asks what can be done to reduce the number of persons serving life imprisonment by considering what the alternatives could be to life-long imprisonment.

The lecture will be delivered by Dirk van Zyl Smit, who is Professor of Comparative and International Penal Law at the University of Nottingham. Dirk has been leading a major research study, funded by the Leverhulme Trust, on the use of life sentences around the world. The study is the first of its kind to consider the application of the life sentence systematically in comparative context. In his native South Africa Dirk van Zyl Smit was actively involved in law reform as the primary consultant for the Correctional Services Act 1998 and a member of the National Council on Correctional Services from 1995 to 2004. He was also project leader of the committee of the South African Law Commission investigating sentencing and author of its report and draft legislation: a New Sentencing Framework (2000). Internationally, he has advised the governments of Bangladesh, Bosnia and Herzegovina, and Malawi on new prison legislation and Malaysia on legislation on the international transfer of prisoners. He was expert adviser to the Council of Europe on the European Prison Rules (2006).

This is a ticketed event. Although free for HLS members, tickets for non-member students cost £1 and £2 for any other non-members. Tickets can be secured via ticket source.