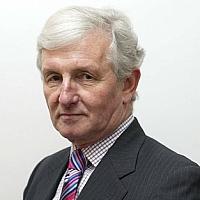 We are delighted to announce the appointment of Howard League Scotland’s first ever President, Professor Andrew Coyle. Professor Coyle is Emeritus Professor of Prison Studies in the University of London and Visiting Professor in the Centre for Human Rights in the University of Essex. He has a PhD in criminology from the Faculty of Law in the University of Edinburgh and is a Fellow of King’s College London. He was appointed a Companion of the Order of St Michael and St George in the New Year’s Honours 2003 for his contribution to international penal reform.

Between 1997 and 2005 he was founding Director of the International Centre for Prison Studies in King’s College London. Previously he worked for 23 years at a senior level in the prison services of the United Kingdom and was Governor successively of Greenock, Peterhead, Shotts and Brixton Prisons.

He is a member of the Judicial Appointments Board for Scotland and the UK Foreign Secretary’s Expert Committee against Torture.

He is a prisons adviser to several United Nations bodies, the Council of Europe, including its Committee for the Prevention of Torture, and several national governments. He was one of the main drafters of the European Prison Rules 2006 and drafted the Code of Ethics for Prison Staff which was agreed by the Council of Europe in 2012.