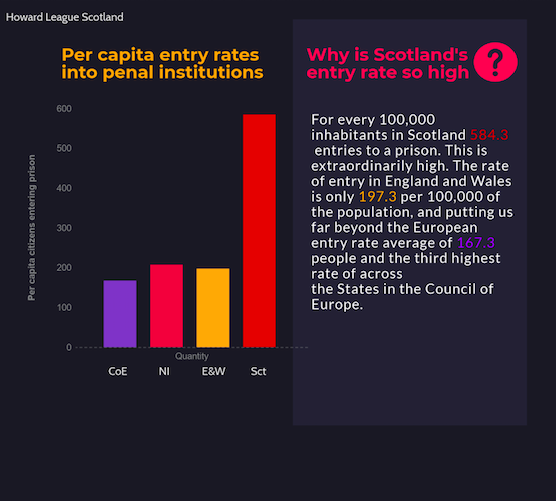 Scotland’s punitive sentencing system has come under scrutiny today by Prof Dirk Van Zyl Smit, who was invited to Scotland by HLS. HLS are very pleased that the need to reform life sentences in Scotland has received wide coverage in today’s Herald. There it is reported that in the Netherlands there are 30 lifers, compared to Scotland’s 1000. Research being conducted by Prof Van Zyl Smit shows that Scotland sentences more people to life than England and Wales. A startling research finding has also revealed that Scotland has double the number of people on life sentences than France. This evidence about Scotland’s automatic life sentences helps partially explain Scotland’s incredibly high prison population and calls into question punitive suggestions for whole life tariffs.

The reasons for the disparity is that in other countries it is acknowledged in sentencing policy that all murderers are not dangerous and do not require life long exclusion. HLS are quoted in the news coverage. We strongly advocate for a reduction in the use of automatic life sentences. If Scotland aspires to be the develop the most progressive social policy in the English-speaking world than we must abandon penal policy in Scotland that is unnecessarily retributive. As Dirk Van Zyl Smit is quoted as saying: ‘Scottish people often have an idea of the criminal justice system as not being as harsh as elsewhere. At the top end that is not true’.

Scottish Government Justice Analytical Services have released their latest Statisical bulletin. Some of the key figures include a decrease in the fear of crime, a believe that crime is either static or going down; an increase in the prison population and the average sentence length; and an overal decrease in recorded crime.

76%: the number of adults who thought that the crime rate stayed the same or improved in their local area in 2012-13

9.5: the average length of sentence in months